Skip to content
Just the Tip of the Iceberg 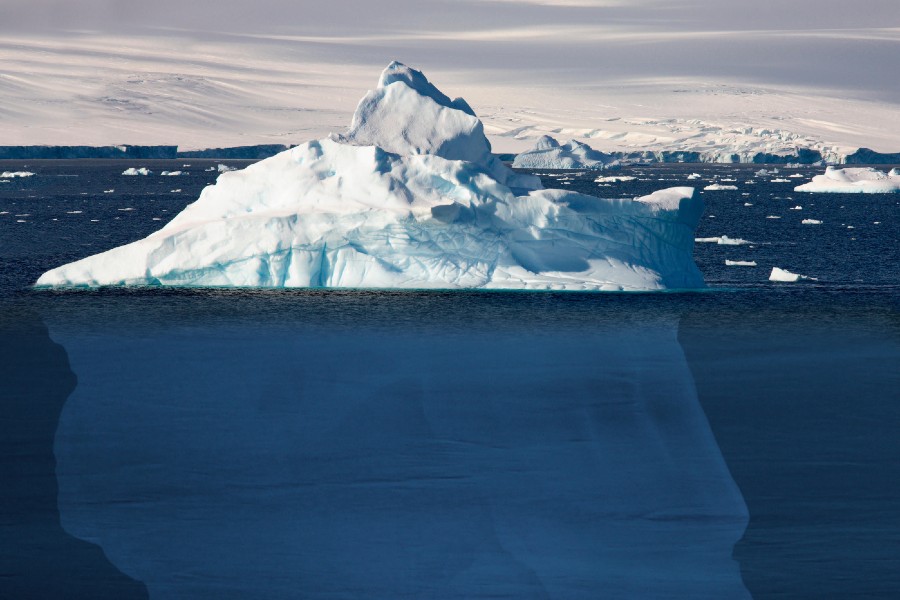 Last Thursday when I got home from work my five-year-old son, Henry, wanted to learn about the deep sea. He’s enamored by fish, the ocean, the midnight and abyssal zones (yes, those are real layers within the ocean), space, animals, snakes (argh) and anything else mother universe can throw at us. Yesterday afternoon: the ocean. After watching some educational videos on what lies beneath the sea, we naturally ended up finding a video about the Titanic and whether a kraken was actually the source of its sinking. I kid you not. For those of you without a five-year-old son, a kraken is a legendary sea monster of epic proportions. It also happens to be a Bitcoin trading platform and a very mediocre hockey team based in Seattle, but we’re more interested in the sea monster kraken for now. Anyhow, a quick flick of the finger sent that rubbish back to where it belonged, but we did end up learning quite a bit about the Titanic and its true demise, the infamous iceberg.

The sinking of the Titanic is well known, but there was something in the video that caught my attention: only 10% of the notorious iceberg was visible. This concept that something so massive was barely visible made me think of my work with clients.

Many of us are icebergs, exposing small portions of our personalities while hiding much of what makes us, us. I know I am one. Many of our deepest, richest qualities lay buried beneath a sea of filters, hesitations, and insecurities. Depending on the situation, we bob up and down exposing more, and then less, of the elements that make us truly dynamic people. We allow the tides of our circumstances to keep a significant portion of our personalities from being exposed to those around us, even with those we’re closest to.

I bring up this topic because a client of mine, a CEO, felt unfulfilled and felt like he was pretending to be something he was not. For the uninformed observer, no one would have seen it, he’s incredibly successful, but when we peeled back the layers of his experience, he realized he was leaving a lot of his personality at the office door.

Unfortunately, his sentiments are not isolated; I see this in many clients, and I see it in myself. For me, the genesis is a deep social anxiety. Walking into a room (whether full or not), has been a struggle my entire life, even when that room has been filled with the hearts of those I call family and friends. But regardless of each of our unique situations, the problem remains the same, we’re not fully showing up, and the implications are numerous.

First, you were not formed with the intent of only showing up 10% of the time. God made you the person you are for a reason, and you owe it to yourself to fully live that reason. Second, because the world needs all of you right now, not just a part of you. There are hard problems that need to be solved and that won’t happen if only 10% of you is coming to the table. And third – looking at this from an organizational perspective – your organization is understaffed, overworked, and dealing with complex challenges that require diverse perspectives that demand 100% of everybody, not 10%. If you decide to tuck part of your perspective away out of fear or embarrassment – settling instead for homogeneity and conformity – your organization will have to fight a lot harder to win in this competitive landscape.

Now, I’m not advocating total transparency, we’ve all met “that person” and wish they would tuck a bit of themselves beneath the sea for their own good, but what I am advocating for is a deeper connection with your whole self and a confidence that your whole self is good, right, and needed.

So how do you show up and unleash the 90%? First, be aware. Be aware of those subtle moments in life when you decide it is better to hold back and not allow yourself to be you. Ask yourself why and more importantly, challenge the answer. Was it embarrassment? A desire to fit in? Or perhaps as Marianne Williamson says, “Our deepest fear is not that we are inadequate, our deepest fear is that we are powerful beyond measure.”

Second, plan for the moments that hold you back. Take time to visualize the scene, the people, the conversations, and the questions. Immerse yourself mentally and emotionally in those moments before they happen and then script the outcome you want. For instance, imagine the board meeting and the players, think through the conversation and the moments that will require courage and conviction, and then rehearse in your head (and heart) how you will respond. If you can own the outcome before it arrives, you can be like a Navy Seal who knows how to respond the moment a situation arises. Seals are not born with responsivity to unusual threats, it is practiced.

Third and finally, take action. It’s easy (and necessary) to analyze those insecurities and rehearse them in your head, but if you don’t do, nothing will change. If this letter resonates with you, do something about it. Find – yes find – a way to put this into action today. Nothing is a more powerful catalyst for personal change than taking thoughtful action. It is only in “reps” that you will ultimately surface that which lies beneath the sea.

Our fears and insecurities are real, and my aim is not to minimize them. However, we all have our own krakens that drag us into the sea and prevent us from being the rich, dynamic people we are called to be. Surfacing “the rest of you” is imperative to creating a rich life and bringing the work you do to the next level. Professionally speaking, your teams need 100% of you. And as Williams says, “Your playing small does not serve the world”. And, “as we let our own light shine, we unconsciously give other people the permission to do the same.”