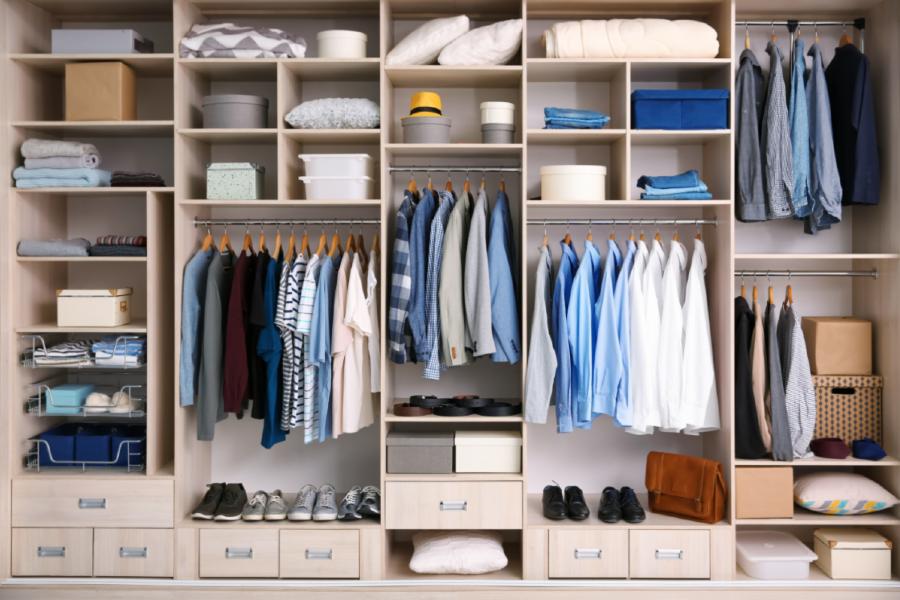 Putting your clothes away each day is oddly important, with ramifications that act like all-encompassing tentacles enveloping every aspect of your life. I never realized this until the other day when I had a chat with my son. Let me play back the talk…

"Henry, we need to chat. I’ve noticed that most of your toys, books, and clothes are scattered all over the room. You have a pile over here, a pile over there… you literally have underwear hanging from a lamp. You’re the epitome of a college kid and you’re only five.”

That analogy went over his head.

I could have raised my voice in frustration, but instead decided to invoke my inner “positive parenting mojo” by approaching the situation with inquisition rather than accusation.

“Henry, help me understand why you haven’t cleaned up your room and put your clothes away.”

Henry’s response was brilliant. “Dad, look at this—it’s going to take forever to clean up.”

He was right—I had to give him credit for recognizing the challenge he faced.

I began, “Henry, let’s zoom out for a second,” only to quickly chastise myself for using a word that surely would only trigger thoughts in his head of playing with toy cars. “You can approach life either with consistency or intensity. People who live intensely are often amazing people, with the ability to light up a room with just their presence. They can be loud, charismatic, charming, dynamic—you get the point, right? But these intense people can also be like one-hit wonders, Henry. They appear with great fanfare and make a lot of noise, then fade into oblivion once the next Great Trend comes along. They’re unable to reliably match that level of greatness day after day. Think about Los Del Rio’s ‘Macarena’. In my day, we all enthusiastically danced to that song for a couple of months, and we might even occasionally revive it in the rare instances we hear it playing at a wedding, but thank goodness that fad ended. Do you see my point?”

I caught him staring at a Hot Wheel car in the corner.

“Now let’s talk about the consistent people. Unfortunately, the world has made them out to be as lackluster and unappealing as white crayons. Do you like white crayons, Henry?”

He shook his head no.

I continued, “That’s what I thought. Nobody likes white crayons, but let me tell you, the white crayon is the only crayon that stands out when used on dark-colored paper. So, while these white crayons--these consistent people--lack the initial exciting pizzazz of bolder, more colorful options, they’re reliable, and dependable. The world needs this stability, Henry. Can you imagine what school would be like if you didn’t have a consistent schedule every day? Or if your teacher gave you a lot of attention one day and ignored you the next? You’d feel terrible!

“Let me give you some other examples, son. You know I enjoy working out, but what if I tried to pack a month’s worth of runs into a single day? My body would mutiny against me from over-exertion. Or, what if your mom and I decided that on some days we’d drive you to school, other days walk, or some days not go at all? It would be hard on you to never know what to expect each day. Consistency is important in all facets of life—just look at Cal Ripken, Jr., known as ‘The Iron Man’. He played 2,632 consecutive games! You thought perfect attendance at school was good? He played for 21 seasons and didn’t miss a game. That is consistency. And you know what, Henry? He’s in the Hall of Fame.”

Recognizing Henry’s growing impatience, I concluded our chat by asking him what he learned and how it applied to cleaning his room consistently every day.

He simply replied, “Can I put on my Iron Man costume now?”

Why did I go down this rabbit hole? I want to illustrate that leaders often try to use intensity to hide their lack of consistency. Like Henry’s approach to cleaning his room, they try to clean a multitude of messes within the timeframe of a single meeting, when the reality is they should have been tending to the situation consistently over days or weeks. Sure, it may seem easier to ignore the piles stacking up in the corners, but the problems will only continue to fester until they become overwhelming and dealing with them becomes time-consuming.

Ask yourself: Where have I left piles laying around? Is it with a team member? A project? Family or friends? Moments of intensity can be useful and even a necessity sometimes, but simply approaching the various facets of your life with an eye towards consistent maintenance is a far more productive strategy than turning a blind eye out of temporary convenience. I challenge you to make the commitment to sift through the messes before they multiply and put them away, keeping everything neatly tucked in the drawers where they belong.